The article, Zainab Alwani’s “Kafāla: The Quranic-Prophetic Model of Orphan Care,” explores how Americans of all religions, or of no religion, can use the traditional Islamic foster care system (kafāla) to benefit orphaned or abandoned children. This is especially important for those children who happen to be Muslim, for there are not enough Muslim foster families to take all of them in.

Through a linguistic and thematic analysis of kafāla in the Quran, including the prophetic narratives, legal and social recommendations, and the Qur’an’s humane portrayal of the orphans, Alwani illustrates the Islamic imperative to collectively support and take care of them. She further illustrates this imperative by exploring the way Prophet Muhammad (peace be upon him) implemented these concepts among his fellow Meccans. However, Alwani argues that Muslims needs to reacquaint themselves with the Islamic tradition’s provisions of orphan kafāla, among the most important of which is that such children can never become the “children” of biologically unrelated adults. As Islam requires people to recognize the truth in all cases, such a false relationship would deprive these children of their dignity and honor and, in a sense, render them the property of biologically unrelated adults who seek to gain some benefit from them. Thus, as distinct from the American adoption system, their ties with their biological family and extended family members cannot be severed. In fact, kafāla stipulates specific roles for each family member so that a fostered child will grow up healthy in all aspects of its life – especially in terms of his/her spirituality.

In sum, this article argues that the goals of kafāla are to raise healthy, happy, and well-adjusted children who can succeed in society and benefit others. In doing so, she illustrates the parallel objectives of orphan sponsorship in Islamic law and American law, which is to secure the interests of all such children, irrespective of their religion.

Alwani ends with specific policy and community recommendations, encouraging more American Muslim families to become qualified foster families. She encourages Muslims to raise orphans communally, fully welcome them into the community, and provide needed services (e.g., transportation, tutoring in academic and life skills, and socialization), thereby making things easier for everyone involved. She urges social workers, lawyers, and other qualified individuals and organizations to acquire an accurate understanding of both foster care systems so that these children can reap the benefits. 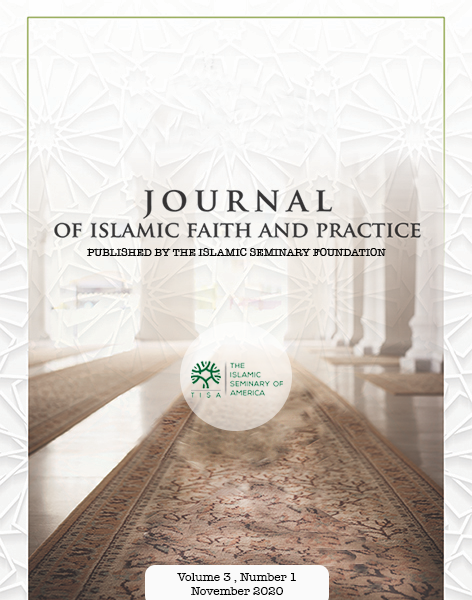